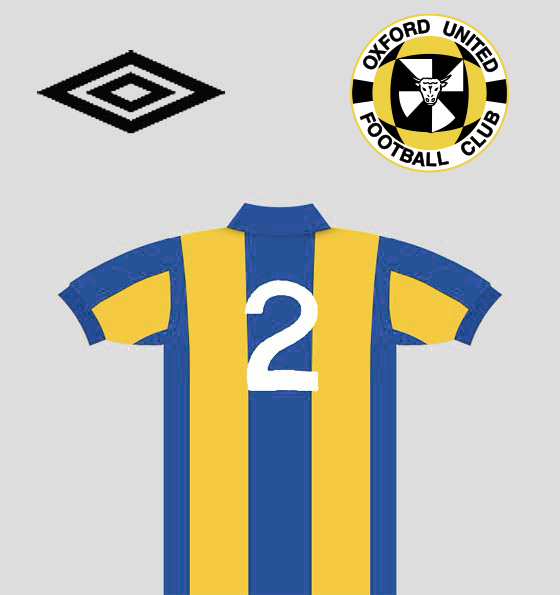 This was to be the first season that Oxford United wore their now familiar yellow and blue colours.

Blue stripes had traditionally featured on the shirts during the club's early Headington United years.

Interestingly, the club badge was yellow, white and black, even though it had been blue the previous season.

For several away fixtures Oxford United wore their old 1974 shirts.

One such fixture was at Bristol Rovers, where neither the home shirt nor the white away shirt would have been suitable against Rovers blue/white quarters.

The white shirts were used in a variety of kit combinations using parts of the home kit.