Relagated from the Football League.

Firoz Kassam sold the club (but not the stadium) to a consortium of businessmen headed by former manager Jim Smith. Despite Jim Smith’s previous success at Oxford, he was unable to prevent the club dropping out of the Football League.

This was to be the last of 5 seasons that TFG produced Oxford United's kits.

After using the same style for 6 years, the Football League changed their numbers and lettering to a custom design. This version remained in use up to the 2015 season. 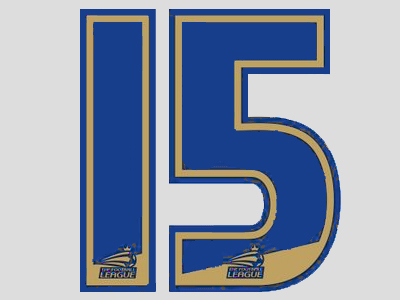 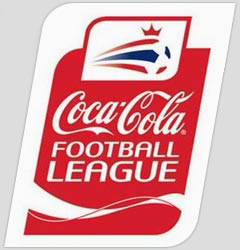 A new home kit was introduced with the previous season's yellow shorts and socks often paired away from home. Indeed, the clubs official first-choice colours were only worn once away from the Kassam Stadium.

For reasons unknown, the all-yellow combination was worn for the final home game of the season.

The previous season's black change kit was retained, however, for this season it would only feature in its all-black form.

Embarrassingly, Oxford United twice had to wear their opponents kit during this season (details below).

Oxford United had planned to wear black shirts and white shorts, believing that Barnet would be wearing their traditional combination of orange shirts and black shorts. Barnet had registered these colours with the football league, indeed they'd worn this colour combination during their pre-season friendlies.

However, in a most unusual move, Barnet swapped their home and change kits just 2 days before the start of the league campaign. This important detail appeared to have been poorly communicated, resulting in Oxford United bringing a nearly identical colour combination to the match.

Oxford were asked to wear Barnet’s reserve team away shirts, paired with their own white shorts. Presumably, the red socks were mustered from Barnet's kit room.

The away match at Boston was always going to be a tricky one for Oxford United, as neither their yellow or black shirts were really suitable for the trip to York Street.

Oxford United sort advice prior to the fixture, reportedly from the match referee Mick Russell. It was agreed that United would wear their all-yellow strip.

However, once at the ground, the referee had a change of mind and decided that Oxford’s yellow shirts were too similar to Boston’s gold and black hooped shirts.