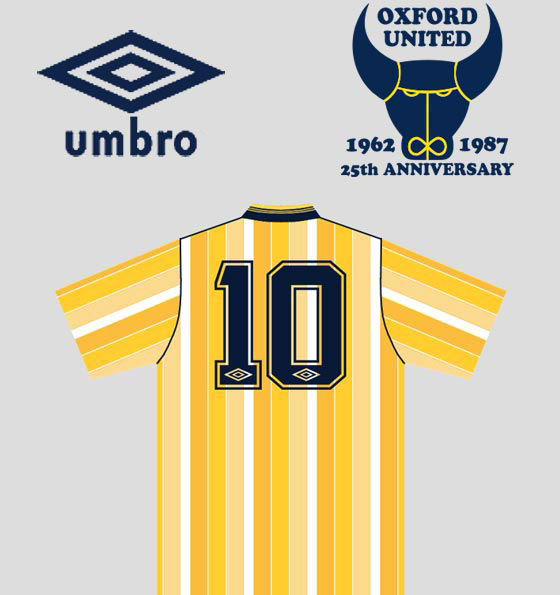 The crest on the home shirts commemorated Oxford United’s 25th anniversary in the football league.

With modern fabric production techniques making football shirts more gaudy, Oxford’s 1987 striped shirt certainly kept up with the fashion of the day. The shirt featured a repeating pattern of stripes of varying hues.

If that wasn’t eye-catching enough, the shorts featured a shadow chequered pattern within the material.

For this season, the yellow change shorts were plain, without a club crest.

Mid-season, the away yellow socks (which had been used over the previous two and a half seasons), were replaced with a more simpler style (see far right).

The little used white change kit was now in its third year. The club crest did not feature the 25th anniversary text that appeared on the home shirts, which suggests these shirts were probably the same garments that had been used in ‘86.