With the Coronavirus pandemic still effecting football fixtures, virtually the entire season was played behind closed-doors..

This was to be the third year that Puma provided the Oxford United teamwear.

The Tourism Authority of Thailand became the shirt sponsors, with their brand 'Amazing Thailand'. Initially this was announced as a three year deal, but was to only last this one season.

The Football League numbers and lettering had a refresh, with a stencil effect applied to the EFL font. 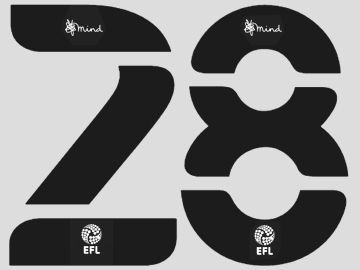 The sleeve patches were also given an update, with a more simpler shape. 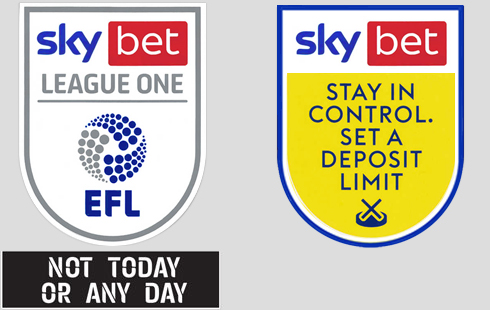 The EFL’s ‘Not Today or Any Day’ campaign logo featured below the sleeve patch, reinforcing the message that discrimination in any form will not be tolerated across the league. Oxford were a little late in getting these applied, featuring from match 4 onwards.

Home Kit and Away Variations

Once again, Puma provided Oxford United with a unique crew-neck shirt, featuring subtle patterning within the fabric (it is illustrated, but you'll need to zoom to see).

However, just like previous seasons, the Puma kit followed a very similar template to others seen amongst other EFL clubs.

The socks featured the Minoan Ox symbol on the calf.

The "Headington United inspired" away kit was very similar to the one-off strip worn to celebrate the clubs 125th Anniversary in 2018. At least this shirt was a bespoke design, unlike the 125th shirt worn previously.

Choosing 'Golden Poppy' as the away colours seemed bizarre, considering Oxford could not wear yellow or orange against Blackpool, Burton, Hull and Shrewsbury. It's little wonder the club introduced a third kit, which saw far more use than this strip.

The black socks also featured the Minoan Ox symbol on the calf.

The white third shirt was a standard Puma template called 'Cup'. This rather uninspiring in design was saved by a small piece of interesting detailing featuring Puma's flux pattern on a chest panel.

Puma's goalkeeper kits were straight 'off-the-shelf' and featured an eye-catching hexagonal design on the front panel. This 'Final Graphic' template was used by all professional clubs wearing Puma.

For the first time, the keeper shirts were short-sleeved, with Puma producing optional base layers in the same colour.

Again, the remembrance weekend coincided with the FA Cup. The standard poppy motif featured on the player's chest.

The shirts featured a single Emirates FA Cup competition patch on the right sleeve. This provided teams with the opportunity to secure additional sponsorship on the left sleeve, but without a crowd or TV coverage, no sponsor was found.

The FA Cup had a rebrand for 2020, resulting in a larger rectangle sleeve patch. 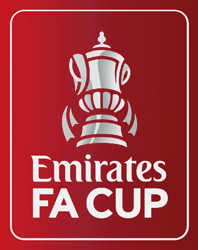 Oxford once again enjoyed a prolonged run in the EFL Trophy. 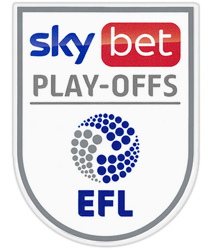