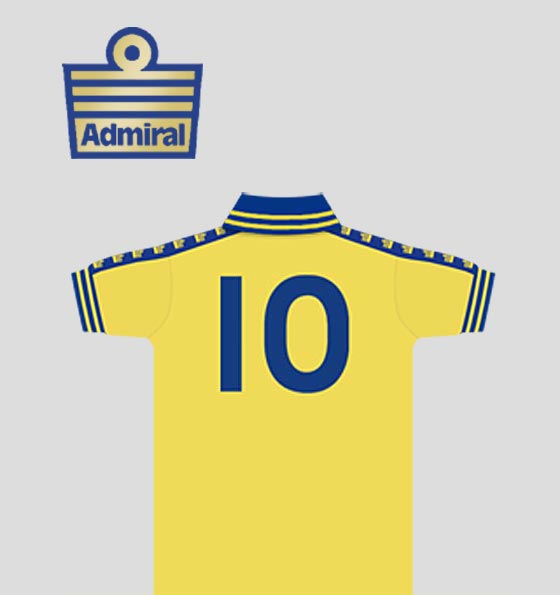 Back in 1973, Leeds United and Admiral pioneered their custom made kits, which they copyrighted by including their respective logos. Both Leeds and Admiral had cleverly realised that by doing this, extra revenue could be generated by selling official replica kit to supporters.

England’s national team quickly turned to Admiral, and by the late 70’s many of the domestic clubs, including Oxford, had followed suit.

A red, white and blue away kit was introduced, which was identical to England's away kit of that time.

An all-white strip was identical in styling to the home strip and looked very much like the Leeds Utd kit of that time.