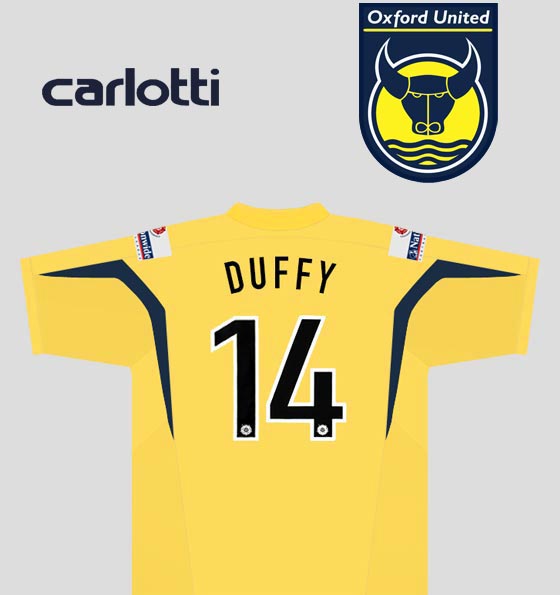 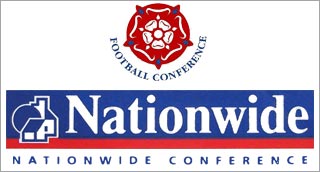 For the very first time the club had a second kit sponsor, ‘Debt Dr’ appeared on the rear of the shorts. 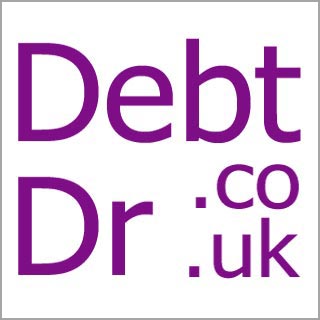 Readers of a certain age, will know that football shirts were once required to be tucked inside the shorts. Around the mid 2000s, referees began to turn a blind eye, especially as manufacturers started producing shorter length shirts. From this point onward, all kits are illustrated with shirts outside of the shorts.

Carlotti began a three-year period as the kit supplier to Oxford United. The shirts were a slightly paler yellow paired with a much darker navy.

The position of the club crest in the centre of the chest was a welcome variation.

The competition arm patches looked rather odd on the shirts as they were positioned very high on the shoulder.

The conference league pioneered the introduction of sponsored sock ties. Lucky8’s name appeared on these unsightly plastic tags. Thankfully their use proved to be short-lived.

The all-white change colours had a near-identical template as the yellow kits.

All match shirts were replaced after just three months use. The players had been complaining of skin irritation from the extremely thick embroidery and backing material on the reverse of the sponsor's logo.

This embroidered logo was smaller than seen in previous years, Carlotti had also produced the lettering in the wrong typeface.

From November, replacement match shirts were introduced featuring a screen-printed version of the logo, which was both larger and also in the correct typeface.