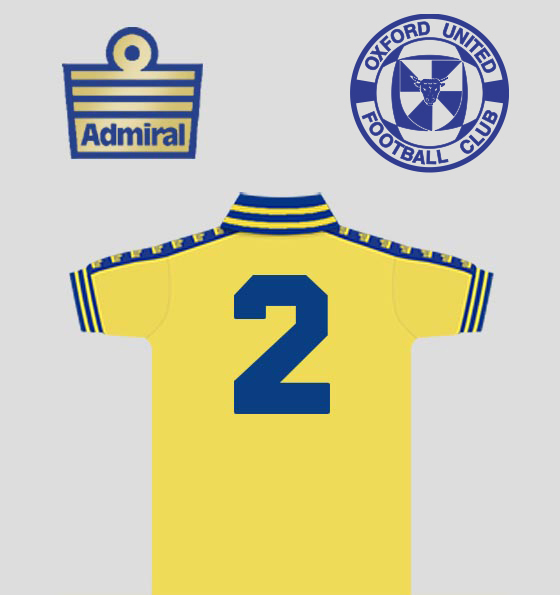 The Admiral shirts saw subtle changes to those worn the previous season. The shirts during the 77/78 season did not have a club crest, thankfully this was reinstated for the 78/79 season.

The shirt numbers were now large ‘block’ style numbers, instead of the previous season's san-serif style.

The shirts now featured prominent collars which were pointed and flared, very much reflecting the fashions of the day!

The yellow socks were now plain.

The red shirts were updated with slightly narrower blue and white trim and now featured the club crest.

The white shorts were replaced with red.

This white kit was unchained for the 1978 season. Interestingly, the white shirts never received club crests, which is why they are described as the third kit. However, the 1978 team did pose in this strip during the pre-season press photocall.