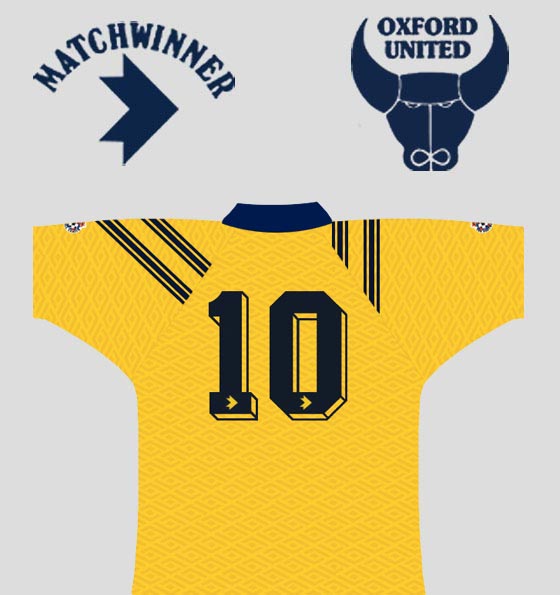 In essence, the Matchwinner kits remained identical to the previous season. However, the shirt numbers on the 92/93 shirts were now larger and included a small Matchwinner logo at the base of each numeral.

The navy shorts used the previous year had always looked a shade too light or washed-out, so for the 92/93 season the shorts were of much better quality and gave off a rich metallic sheen.

The 92/93 season saw the introduction of the Premier League, so the old Division 2 became Division 1.