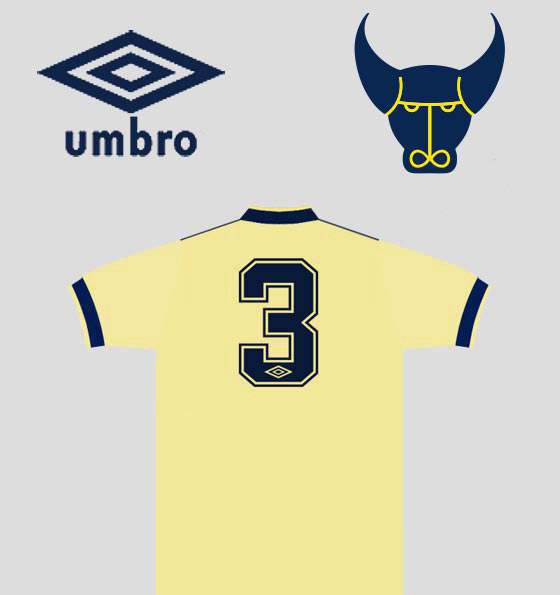 The Umbro kits remained relatively unchanged from the previous season. The main difference was the addition of the word ‘Computers’ to the sponsor's logo.

The 1986 shirt numbers now featured a small Umbro diamond at the base of the numerals.

The change yellow shorts were a slightly different colour to the previous season, now matching the pale custard yellow shirts.

Thankfully, the white change strip featured in more matches during this campaign.

The 86/87 versions of these shirts included the new styled sponsor's logo and the same plain club crest that featured on the yellow shirts.

In April, a sky-blue kit made an unexpected debut at Southampton.

Being introduced so late in the season (and with no obvious colour clash), it is presumed to have been a prototype away kit for possible use the following season. However, the kit only ever featured for this one match.

England had the same strip (but with white Umbro motifs) as a third kit option, although the England first team never used it.