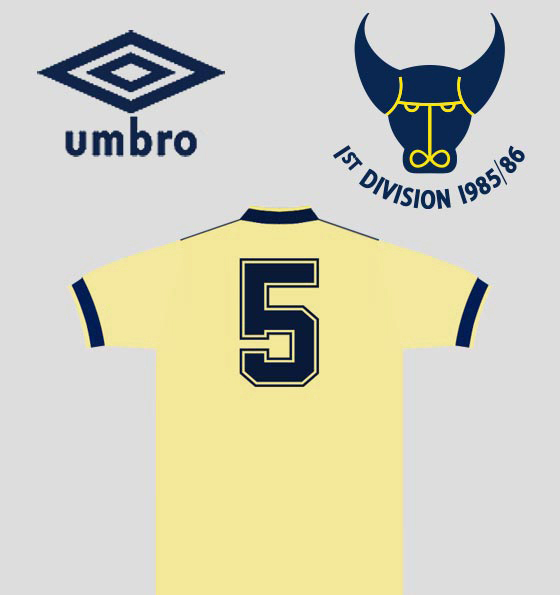 Wang, an American business computing company became the new club sponsor, replacing the various Maxwell businesses that had featured over the previous 3 years.

With Oxford United now in the top-flight of English Football, kit suppliers were keen to part of Oxford's success story. Umbro was the largest manufacturer of that time, with both England and Scotland wearing Umbro kits.

Umbro provided Oxford with quite a different look, with a pale custard shirt and dark navy trim. The shirt design was very similar to Scotland's away shirt.

The all-white change colours were enhanced with shoulder panels depicting the pale yellow and navy colours of the home kit.

Sadly, this smart design featured only once during the season.

From the end of September, the match shirts were replaced with shirts featuring a larger sponsor logo.

Occasionally, the shirts with the small Wang logo would make a reappearance (as a complete set). This usually coincided with a midweek game, perhaps this helped ease laundry turnaround times? 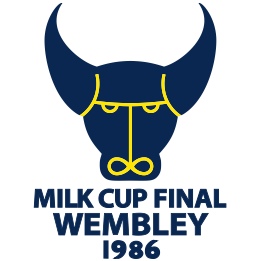 The Wang logo was positioned lower on the chest, it was also a simple text-only version. This was probably to maximise the letter size for such a large TV audience. (Remember in those days there were only 4 TV channels).

Players were provided with both long and short-sleeved shirts, but all preferred short sleeves for this glorious spring day.